Bump in the road, or root in the trail…injury time!

It’s been over three weeks and I feel like I’m slowly going crazy. Three weeks ago I was running in this beautiful place: 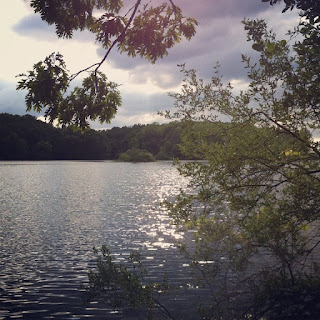 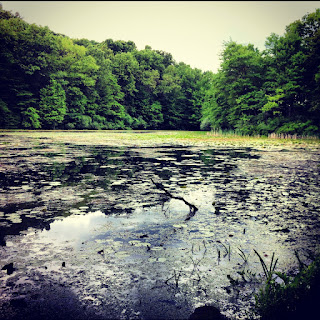 …when a tree root decided to grab hold of my foot and give it a wicked twist. Immediately I knew that I was going to be out of the running game for a while. I had been in the middle of a jump (over some overgrown brush) when I came down so there was lots of extra force and torque on it. I heard a pop! and immediately dropped to the ground. A string of expletives stammered out of my mouth as I yelled ahead at Ryan (my hubby) to stop/help. I knew that it wouldn’t be long before I wouldn’t be able to walk on it at all, so together we hobbled back off the trail and to a spot where I could wait for Ryan to come back with the car because there was no way I was walking back. 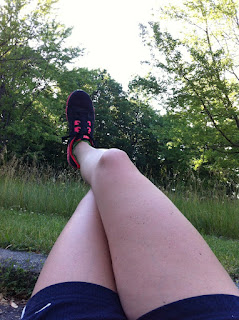 I tried my best to get it raised right away. I sat there about 20 minutes waiting for Ryan to get back. 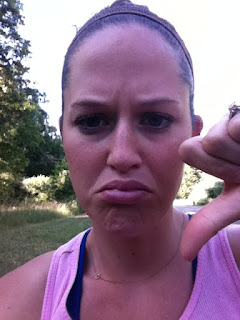 Maybe cried a bit (frustration along with radiating pain) 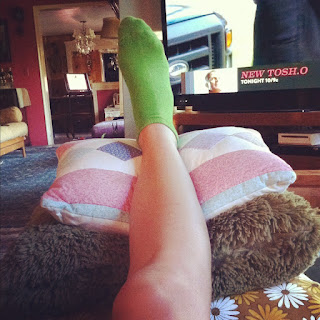 And did a lot of this (plus ice) the next few days. 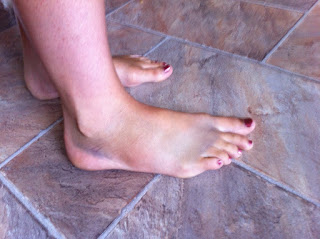 It didn’t bruise a lot…at first, but after about 5 days it turned lovely shades of blue, green and yellow. I never went to the docs to have it checked because our insurance sucks and I was 99% sure it was a mid-foot sprain (this is only about the 100th sprained foot in my life, although it’s usually my ankle). Three weeks later and I’m regaining a lot more strength and almost all the swelling is gone.
This time off has really made me realize how I much I really began to love (yes love, not just like) running. It’s been a tough few weeks to take off and I feel the frustration mounting. I’m more than eager to get running again, but am reluctant because I don’t want to start up too soon and re-injure. Lately it’s been lots of stretching, walking and toe raises. I’m hoping to start back up next week, but very slowly. I had plans to run a 10k later this summer, but we’ll see if that happens depending on how quickly I can build up strength/endurance again.
I feel like that last few weeks have taken forever to go by. Whether that’s due to the injury or the fact that were in transition from moving from our old home, to my parent’s home, and waiting to move into our new home, I have no idea. One things for sure, I miss the solace and time spent getting away from it all on my runs.
Have you had an injury that knocked you out of the fitness game for awhile?
Did it take you long to get back to your normal routine and endurance once you healed?
Spread the love
By Amber|2012-07-03T20:50:00-04:00July 3rd, 2012|health|3 Comments