Print Recipe
Very Berry Chocolate Cake Twinkie Trifle
This decadent dessert is a twist on a trifle that not only taste amazing, but takes the extra step out of making your own cake or brownies. Plus, the addition of Twinkies and a mix of seasonal berries adds a little extra sweet goodness. Prepare to wow your guests at your next party or BBQ with this simple trifle. 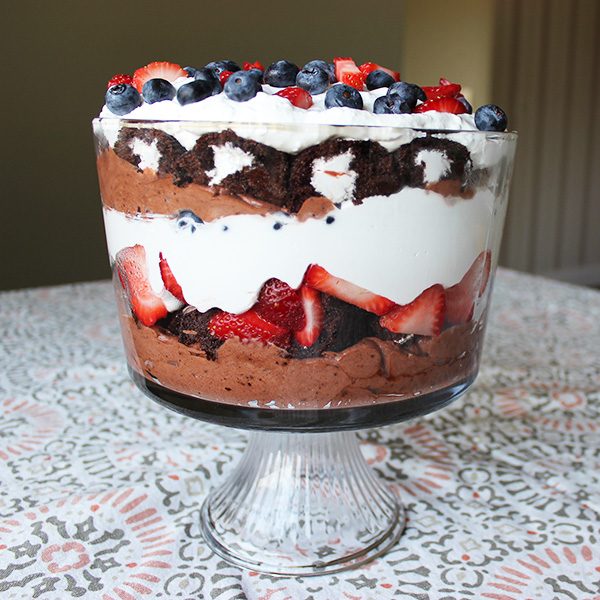 Adapted from Our Best Bites.