Several weeks ago I got a voicemail that certainly put a spin on my world.

Mom: Audrey (my sister) fell in a box & is now in the hospital and undergoing surgery. Call me.


My first thought was, “What?!” and confusion and wondering what in the world was going on. Box? Surgery? Fall? I could tell from my mom’s tone that something was seriously amiss and that I needed to hightail it out of work and make the 2 hour drive home.

Husband and I rush downstate to the hospital and finally catch up on what’s happening. At some point during the night my sister, Audrey, stumbled and fell into a cardboard box, yes a cardboard box. Most would think that this is no big deal, but because of the way that she fell it caused compartment syndrome which ultimately led to rhabdomyolysis. When she fell she became stuck and wasn’t able to get out.  She wasn’t found in that position until the next morning. She may have been in that position for 10 hours or so. Compartment syndrome is similar to what many earthquake victims suffer due to buildings collapsing and trapping them. Essentially, it’s a crush type injury where the blood supply is cut off from a limb. The tissue and nerves are cut off from the blood supply which then can cause complete nerve damage and the injured tissue releases toxins that can cause kidney failure that can be acute or long-term.

To complicate things, my sister is not your average 27 year old. She’s special needs with physical and mental disabilities. To make things more relatable, she’s like a 18 month old. Non-verbal for the most part, incontinent, epileptic, and not always able to understand the why and how of things. We believe that she fell in the night and was simply unable to get out. I don’t know if I would have myself, then you add in her massive amounts of medications to combat her seizures (which make her quite loopy) and she was so out of it that who knows what went on after the initial fall. We have monitors throughout our house to listen for her in the night (we’re very in tune sleepers after comping with her seizures for years) and never heard a peep to make us believe that things were awry.

It’s baffling how something as simple as this can change so many things. Freak accident. Who would ever think that a cardboard box would be capable of this? Not I. It’s amazing how much this has changed our lives and surely more things to come.

As for now, she’s been in the hospital for 3 weeks. In and out of the ICU because of complications, her fasciotomy surgery (to relieve the pressure that was in her leg) and on dialysis several times a week. Our biggest battle right now is her failing kidneys. We just want those to get working and we’ll move on from there.  There has been some improvement of their function and I’m keeping my fingers crossed this week for even more.  As for her leg/calf/foot, we don’t know the functionality of it yet. We’ve seen little movement, but it’s hard to gauge what’s really going on since she can’t verbalize it and her pain tolerance is so high to begin with. We’ve been evaluating on winces, sighs and moans. There’s blood flow so that’s great. I’m hoping more than words can describe that she’s able to keep function of it.

It’s been a trying few weeks for everyone in my family. This accident has really made me take measure of how much we take for granted. It can be any moment where your life can be changed by something simple. I’m so grateful for the amazing family, my strong and tough parents, friends, and my amazingly supportive husband that have been there through all this. It’s a roller coaster dealing with all the emotions, highs, lows and ups and downs that have accompanied this journey.  It’s bound to be a long road to recovery, but we’ll push through together, no matter what.

I’ll tell you one thing my sister’s one hell of a trooper. She’s pushes through this and has been through so much already. My sweet, precious sister is certainly soft and sweet on the outside but has willpower as tough as nails. I hope she uses every bit of that to push through and get as healthy as she can be. 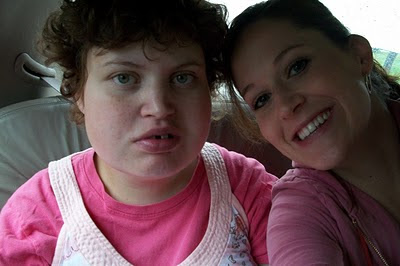