A little overdue, but life’s been busy with a new infant and changing of jobs! There sure is a new normal of getting things done once you have a baby in the house…still adapting to that change. 🙂

Anyways…
This past May, Ryan and I ran the Cinco de Mayo 5k Race at Swartz Creek Golf Course in Flint, Michigan. that was organized by Tri To Finish. Tri To Finish puts on events throughout the whole lower peninsula of Michigan and range from 5k’s, 10k’s, triathlons and duathlons. We had a great time at the Cinco de Mayo race. It was an awesome course with a few nice elevation climbs throughout and paved conditions. I especially enjoyed it because part of the course is included in the CRIM so it helped give me an idea of what to expect in August when we run that race. The starting line was well organized with the MC getting everyone pumped up for the start and the course well marked (always good!).
This was a perfect race to get me back into the running game after taking the last year off during pregnancy and Aiden’s birth. Ryan and I did really well too, so that’s always awesome! Ryan got 2nd place in his age group and I got 3rd (out of 14) with time of 28:58, which I was happy about. I wish I had pushed harder at the end, but was reluctant that I would burn out since I hadn’t been running as often as I had hoped and didn’t know what expect with the hills. I’m really hoping to work on my pace and carve some off my time and maybe place even better by end of summer. 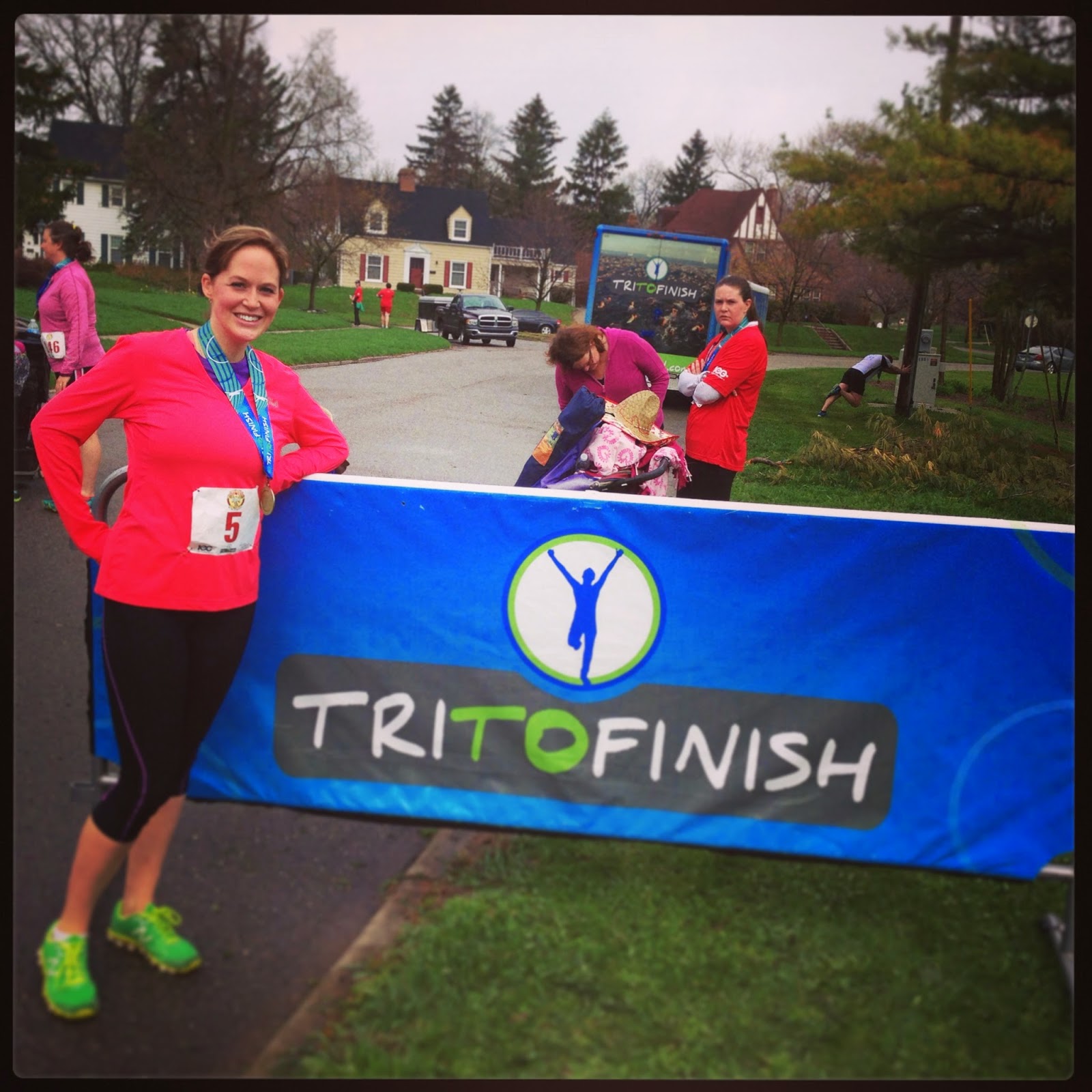 Overall, super fun race that was well organized. We really loved the medals, shirts and fun hats too (some runners dressed up and wore them – AWESOME). Also, had a mini-breakfast after race for runners to help re-fuel with food from a local mexican restaurant..bonus!
I’m super excited to say that I’ll be racing in my first sprint triathlon EVER with Tri To Finish in September at Holly Recreation Area (which is gorgeous if you have never been there). I have a mixture of feelings of excitement and nervousness, but I’m confident that’ll it’ll be a great starter triathlon. I’ve started training for it and I’ll be sure to update on that hopefully later this week or next week. 🙂
Spread the love
By Amber|2014-06-11T16:51:00-04:00June 11th, 2014|health|1 Comment